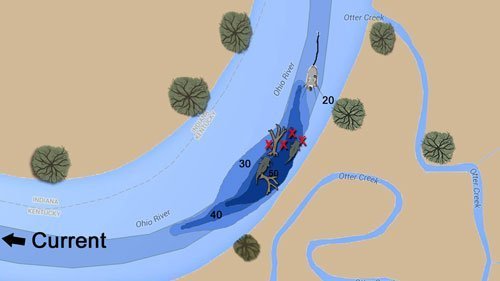 Catfishing in the winter can be categorized in my book as one of the best times to catch a trophy sized catfish on the Ohio River as they have migrated to and have gathered in numbers to their deep-water lairs where they appear to be most comfortable at during these cold harsh winter months and they will spend most of their time and energy cruising these haunts for food.

These areas also attract many other species of fish during the winter months including many types of schooling forage fish such as carp, shad, and mooneye which is one of the reasons the big ole cat is drawn to these deep water areas because it’s (What’s for Dinner) and these types of fish is also your best choice for bait as well, because it’s on the main menu for the big cats.
One technique commonly used to catch these winter time catfish is precision anchoring on deep water holes. First by locating specific pieces of structure or cover on your depth finder and motoring above the area moving up current then dropping your anchor and casting your baits to that specific area.
Another anchoring technique called bounding down is not as target specific but rather more of a cast and search technique working along the vast areas of these deep holes and runs.

This method involves moving from an anchored position frequently downstream and re-anchoring again 50-75 yards apart looking specifically for active and feeding catfish while also keeping your baits in one scent trail as an attractant for the cats to follow and search for as you work downstream.
The most common rig to fish for these deep water cats is the Carolina rig but keep in mind these winter months can produce some of the biggest pigs of the year and your tackle needs to be able to handle these big fish.

There is nothing worse to a fisherman than seeing this massive catfish surface only to have him surge and snap the wrong size tackle inches from being landed.
Here is what I use and recommend in “big fish” tackle. First I use 80 lb. test braided main line from McCoy fishing line.

Next, I thread a 3-8 ounce slip sinker on and then attach a 150lb. barrel swivel with a Palomar knot and then tie an 18-inch piece of 50 lb test Monofilament leader line to the other end of the swivel with an improved clinch knot.

The last step is to attach a hook to the end of the leader line. For this, I use number 0/10 Mustad circle hooks and tie it on using a Snell knot.

This is my Go-to rig when I’m anchoring on these big deep water catfish.

Your equipment should be compatible with the size fish you are searching for as well. Most any medium to heavy duty rod and reel combos that are available at most local dept/sports stores will get the job done and are great deals if you are only fishing a few times a year, but if you are fishing more consistently for the big cats you may want to do some research and purchase some longer lasting quality equipment.

Caution, releasing catfish that has been caught from deep water could be fatal to the fish.

I have already touched on the bait choices for attracting these deep water wintering catfish along with the Where, When and How to catch them but I would also like to talk about the importance of a safe release.

Yes, over the last 10 years the lure of catching these behemoth size creatures has risen in numbers to where the sportsmen are now categorizing catfish as a sports fish and are introducing new regulations in favor of protecting them.

These large adult fish should never be kept for table fair as they have spent many, many years exposed to the toxins that have flowed within the water shed. The smaller younger catfish are much better for eating and has less of a risk of toxins.

So as a sportsman who fishes for catfish year round, my interest is to protect the large adults as well as the growing population so we can help sustain a healthy and strong fishery. Taking care of my catch for a safe release ensures that future anglers will have a chance to experience the adrenaline pumping hard fight that these magnificent fish give us which brings us to my main topic within this article.

Releasing deep water catfish
A catfish’s swim bladder is an internal gas-filled organ that contributes to the ability of a fish to control its buoyancy and Hooking catfish in deep water and reeling them up too quickly will result in gas expansion in their swim bladders causing them to float and not being able to return to the bottom when released, causing death. Keep in mind however that this is a year-round issue and not just limited to winter time only.

Decompression is needed
Although many anglers today have the best intentions when it comes to “catch and release” practices and want the best for the fishery but many novice anglers are unaware of this issue and will often release their fish with the pressurized swim bladders. They may appear to swim away but will resurface downstream struggling just out of sight and away from the anglers who just released it and more than likely will not make it.

Learning the signs of this decompression phenomenon and knowing how to treat them for a safe release will help ensure positive population growth which is an important part of the conservation and management of a very cool resource.

Recognizing the problem is fairly easy, experiencing it is just as easy and even though an angler is aware of this issue and tries to bring a deep water blue cat up from the depths slowly to allow it to decompress naturally, certain variables out of our control will just allow the fish to surface too quickly, creating this health risk for our majestic and noble adversaries.

Catfish care
The first signs of this problem will be noticed when the catfish first surfaces at the boat and just rolls on its side or back then shows little or no movement and no fight but appears to want to float in an unnatural state. Inspect the belly section before you let it go.

A fat belly from a fish that has fed heavily will look totally different from those that had been pulled to the surface too quickly.

Even when the fish has been gorging its self, the belly will remain soft to the touch and shouldn’t be mistaken for the oddly shaped and bloated look with extremely hard pressurized bellies which will be tight drum like to the touch caused from expanding gasses that developed during the fight.

Not to worry though as this is an easy fix when needed.

All these fish needs to do is relieve some pressure as in a “BURP” so to say and most times you can help them do it naturally by stalling your catch at the boat. Once you can see that fish is hooked good let it swim alongside the boat for an extra minute or two.

In most cases the fishes sudden movements of thrashing and twisting will naturally release these gasses, removing the risk of becoming a floater and resetting the pressure on the fish’s swim bladder so to say.
It just takes a little time for them to blow off these excess gasses and they can be returned safely.

Most of the time this can be achieved by simply letting them swim around a bit to the surface to blow the pressure and the constant movement helps the process happen quicker but other times, there are other instances where you may have to bring fish on board and place them in a controlled live tank to monitor while you help it recover for a safe and sure release.
Another effective option is to manually Burp them with a tube that has been inserted down their gullet.

Some anglers prefer to use a ½ inch PVC tube about 18 inches long to perform this action but this is my least favorite way to do it and my last resort as I feel this can sometimes cause more harm than good in the long run.
Although this way is one of the fastest ways to achieve your end goal of burping the fish, it can sometimes damage the fish’s esophagus as the fish begins the resist and thrash with the hard tube inserted 15” inches within their bodies vital organs.

You’re trying to save the fish by manually burping the fish so you can release it for future action but end up slowly killing the fish because an infection from a hole that was punched in its stomach lining from a piece of PVC that was improperly pushed in their gullet while thrashing and resisting on deck.
I just like to take the little extra time with them at the boat to help them Burp when possible.

But In some situations like faster current, when you cannot leave them at the side of the boat for a period of time I’ll bring them into the boat and lay them on deck for a few minutes massaging the bellies, the best medicine I’ve found is just keep them moving and it seems to work out of them.

If I’m still unsure, I will hold them in a live tank to be certain that the fish has relieved its pressures and can be safely released.

Passing this information on to others I feel will help in conservation awareness with the growing numbers of catfish enthusiast not only in Kentucky but across the nation as well. It’s important to share in the responsibilities of good conservation practices from our sportsman and educate our future enthusiast so they can continue to promote and maintain healthy fisheries while also growing a positive family outdoor activity.

“If we are going to play with these huge cats we should respect them and strive to put them back in their environment just as good as when we pulled them from it”.
Steve Douglas 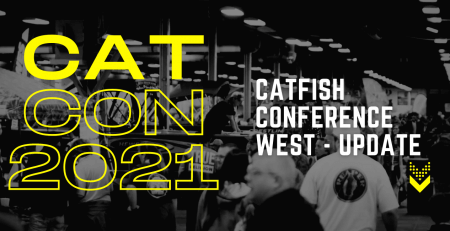 Dear CatCon Nation, We are inviting you to participate in... read more 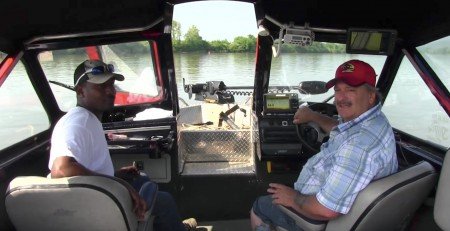 Release the Beast Tour, Fishing with a fan on Lake Guntersville as the day unfolds

Release the Beast Tour, Fishing with a fan on... read more 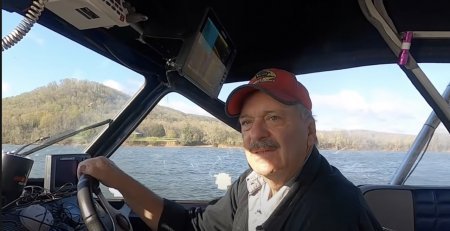 Crappie Fishing at the Lake of the Ozarks The Lake... read more

The ultimate guide to catfish fishing in the United States 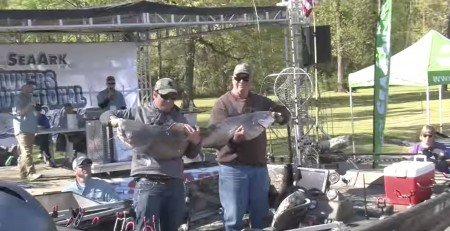