The sport of catfishing is witnessing new names arriving in the tournament world in 2017. Captain Mad Jack’s is one of them; they are a newly formed tournament, open to the public, and will be taking place on Taylorsville Lake (Taylorsville Lake State Park) in Kentucky. 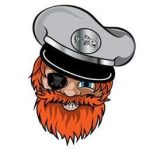 “Catfish Clash – the nocturnal pursuit” gives a taste of what to expect. Captain Mad Jack’s Catfish Clash is a night event starting at 9 PM on July 14, 2017 (Friday), and will end the following morning at 8 AM on July 15, 2017 (Saturday).

As usual, a tournament entry fee is required in order to have proper fundings for the event organization needs. In this case, expect the following:

The boat numbers will be determined by the order in which applications are received.

The organizers are offering the possibility to register online through a PayPal link – there will be a convenience fee of $5 for doing so – that fee is waived on the day of the catfish tournament.

The current sponsors of the event are (information is taken from Captain Mad Jack’s catfish tournament facebook account) are: