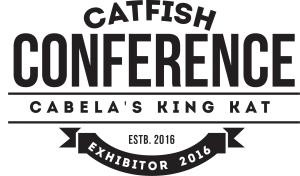 Tournament sites are located in different markets offering us a chance to promote our sponsors products in different areas and allowing the local anglers in each region the opportunity to compete in the Super Bowl of Cat Fishing, The Cabela’s King Kat Classic held in September or October each year.

In an effort to introduce King Kat Trail and our National Sponsors to new markets, we have designed our tournament weekends and our tournaments to reach a diverse market and maximize exposure for our Sponsors.

$200.00 allows a team of two to compete on a National level in our Local qualifier events. This draws more family competitors and also brings in competitors that otherwise would not compete in tournament fishing. We further encourage family involvement by allowing a third person on the team who is under 16 or over 65 at no charge.

For the more advanced and traveling teams, we offer the winners of all affiliate club events a berth at the King Kat Classic.

Positive Reinforcement of our Future Anglers.

Established the King Kat Kids Fishing Rodeos that are held in conjunction with all our tournaments to encourage America’s youth to actively participate in the preservation of our lakes, the sport of fishing, and their educational goals.